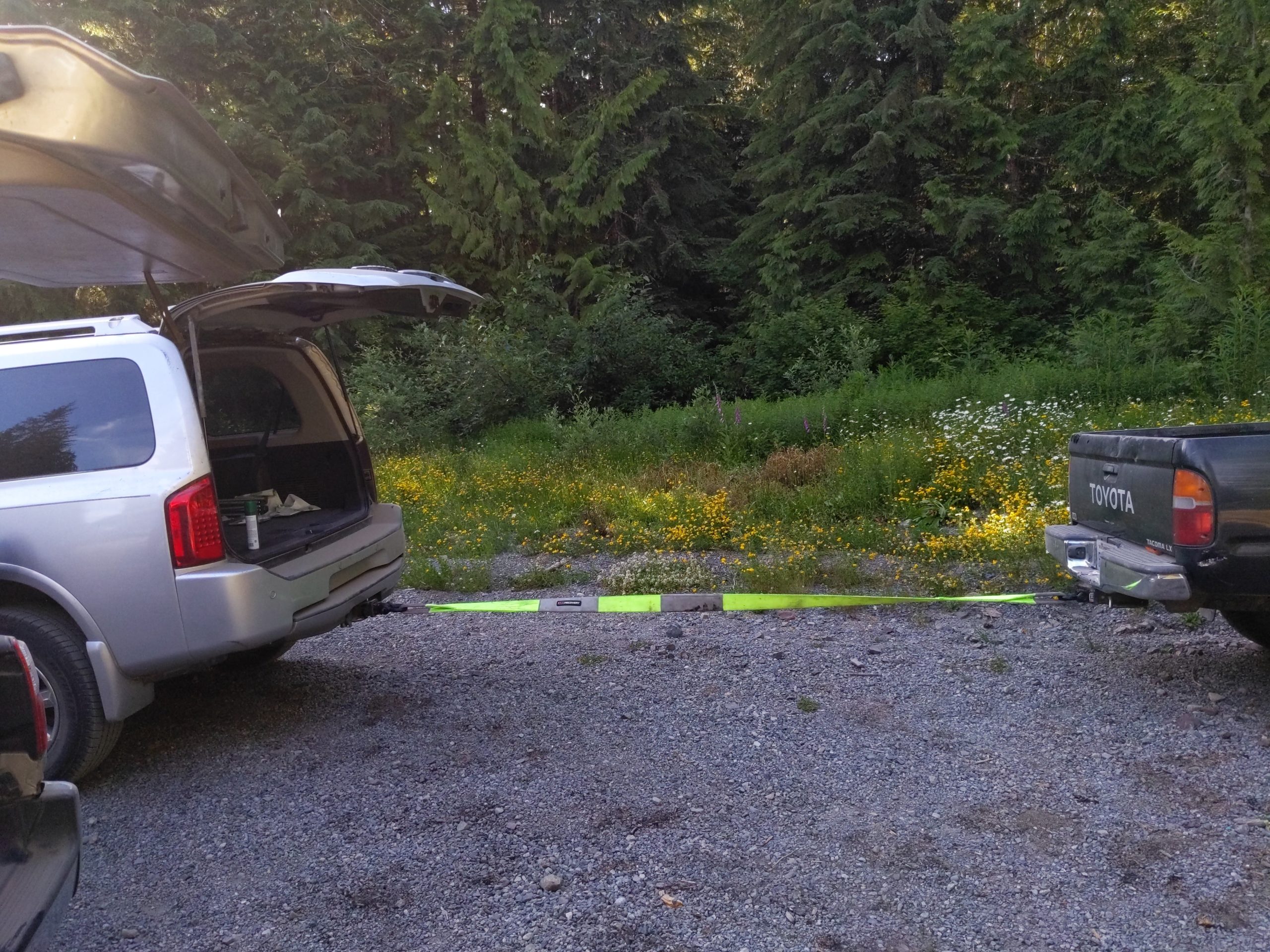 Sunday July 24th, at 12:25 PM (PST) we received a recovery request from Washington, where Carie, submitted a ticket for James Jorgenson her husband who was exploring the area had a mechanical issue that locked the rear wheel and had the vehicle in the middle of the trail blocking the traffic.

We submitted the tickets to a dozen local volunteers and started to coordinate also with Sean Boyle, who manages WORN. Worn is a local Offroad Recovery group in Washington. They have amazing resources and a lot of well trained volunteers.

The recovery was performed by Jason Harris, a member of our system and also member of Worn. He also sent a bunch of photos and videos and a detailed notes of the recovery.

Jason notes: “When I got to the trail he was already moving under his own power. I got out and introduced myself and asked what happened. He said when he got there with his cousin (who’s a mechanic) they just tried to drive the car forward & back at first, which resulted in the parking brake disengaging but then reengaging however eventually they heard some more snaps and the car started driving under its own power again.

I’m not one to be like “it’s magical” and then move on with life. So I wanted to know exactly why everything happened, why did the parking brake engage?! What the F was those snapping noises?

So we got the car down the narrow trail and to the big 5 trail intersection and from there we were able to secure the truck via a tree saver to his cousin’s truck for safety. Then we jacked up the driver rear and removed that tire. From there we were able to take the tire off to remove the broken parking brake components. After we cleaned up the broken stuff from the driver rear his cousin noticed the passenger rear had a parking brake cable wrapped around the CV too. So we removed the entire parking brake line as much as we could and zip tied the rest away. The truck drove fine from there on. It definitely needs new parking brake cables, brackets and other parking brake related assemblies. It may need a new CV axle or two depending on if he can simply regrease and install a new boot.”

Thanks Jason for helping!

Here are some photos Jason submitted: