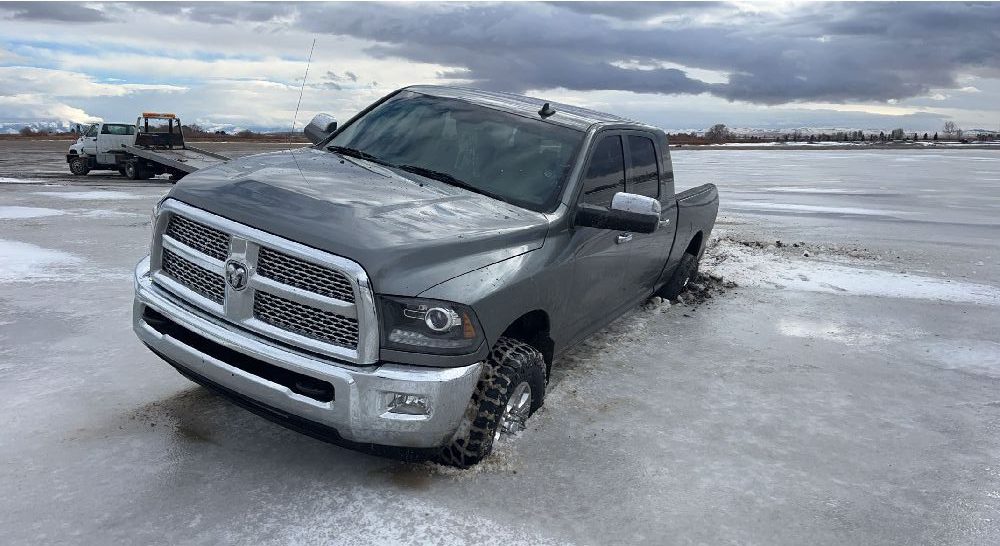 His recovery request read: “It’s a 2013 ram 2500 Cummins, it’s 4×4 drive, I went out with 3 tow trucks planning on using my truck for an anchor because of the Toyota stuck out in the middle and once mine got stuck the tow trucks couldn’t get close without getting stuck to / I’m not with the vehicle“

We only have a handful of volunteers in that area, but pretty quickly submitted the recovery and started getting feedback from volunteers. This recovery was a bit more complicated than anticipated, there were several vehicles stuck, including a few large towing rigs that attempted to get the first vehicle out.

Around 3:00 PM (MST), Alan Clawsonone of the local volunteers, mentioned the local club was trying to round up the troops, because there were several rigs stuck. This might not get recovered on the same day. Later he mentioned there were a few SIORA club members engaged in the recovery. He was unable to attend at this time.

By 7:00 PM, Wayne got involved and announced he was on his way to help. At 11:30 PM, he updated our lobby and announced the truck was extracted. Helicopter or hard freeze and lots of digging will likely be need to get the Tacoma. The ranger could possibly pulled out. We moved it like 70 feet, but the ice kept breaking as we pulled it.

Here are some photos and videos Wayne submitted. We thank Wayne for helping get the Ram out. Awesome job!.